Before you say anything else, do your homework.

Whenever someone says something inaccurate or unintellectual about a specific topic, don’t you just want to groan endlessly and roll your eyes out? First of all, how dare they say something they have absolutely no idea whatsoever. And second, how credible are they for uttering such dense comments or opinions?

That’s exactly how kids feel whenever they hear these things that people usually tell them upon knowing that they’re homeschooled. For the sake of ceasing unwanted comments, here are some of the statements that homeschoolers are tired of hearing.

Unhealthy how? Homeschooled children are provided with adequate education, much like the ones given at an ordinary school. Homeschoolers are also given sufficient opportunities to socialize and connect with other kids. Parents chose a home-based curriculum for their children to make sure they organize local activities for homeschool kids like buffets, sleep-overs, home economics, plays, theaters, and even graduations.

Most people are baffled when they find out that homeschool kids are not what they’re stereotyping them for – prisoners locked up in a secluded room with only a small window and having enough sunlight seeping through to illuminate scrolls that must be read.

“You Must Be Sleeping A Lot.”

Seriously? No, that does not happen in homeschool. Long breaks do occur if the child has special needs, but homeschooling follows a rigid schedule that begins early in the morning and concludes late in the afternoon. On certain occasions, rarely, there are days when kids sleep in for some reason, but that doesn’t mean that they won’t make up for the lost time. Homeschoolers get tired, frustrated, and adequately educated as other regular students do.

What do you think homeschoolers look like? Though you might mean well, this kind of comment sounds like an insult. It’s never a compliment when you judge a person based on where they get their education. Do homeschoolers need to wear some weird clothing or be socially inadequate or something? Sorry to disappoint you but homeschoolers are stylish and are highly sociable.

“Aren’t You Missing Out On A Lot Of Things?”

Like what, exactly? Bullies, terror teachers, distasteful pantry meals, stressful bus rides, having your period during gym class? I don’t think so. Though there are times that homeschoolers might feel the urge to enroll in a regular school, there is no substantial justification to believe that they are missing out on a lot of things because they experience schooling process and activities like regular students do.

“Were You Able To Acquire A Real Diploma?”

Sometimes, it’s exhausting to answer something that has repeatedly been explained in the past. But, yes, homeschoolers do have state-issued diplomas that are mailed to their homes after going through GED. Homeschoolers get accepted to many universities and are hired by numerous companies just like regular students do. Most of the time, homeschooled children are significantly better in getting higher in their qualifying exams compared to those who went to ordinary schools.

Whatever you do, do not ask questions for the sake of belittling children who are homeschooled. Instead, ask questions out of curiosity and not because you want to throw in some snarky comment after the other. So, before giving some disapproving look or misguided tone, go through the principles of homeschooling; you may be surprised how terribly wrong you are. 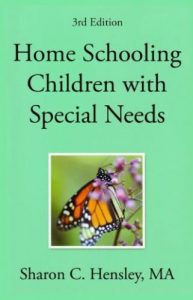 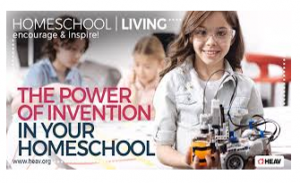